The Elie 2.0 team have been talking to a small business happy to share their experiences, meet Pete of ‘The Morecambe Bay Chowder Company’. If you are interested in our project, please get in touch!

The Elie 2.0 Project has been talking to a number of local businesses lately and we wanted to share some of their stories with you.

Pete at The Morecambe Bay Chowder Company very kindly agreed to talk to me about his business today.  We are sure that you will find his story (so far! lots more to come we think) inspiring and very interesting.

Pete describes his business as providing ‘coastal comfort food’ which he believes celebrates the produce of the Morecambe Bay area. He is proud to use locally sourced and locally produced ingredients in his ‘BayChowder’ dish.  These include (but not exclusively) Stuart’s Fresh Fish (Fleetwood), Greenwood’s Wholesale Fish Merchants (Morecambe), Stephenson’s Dairy (Morecambe), Pilling potatoes and Cumbrian bacon from The Port of Lancaster Smokehouse.

In addition, he told me that they are working closely with Filbert’s bakery in Lancaster to come up with the perfect bread bowl for his signature dish. 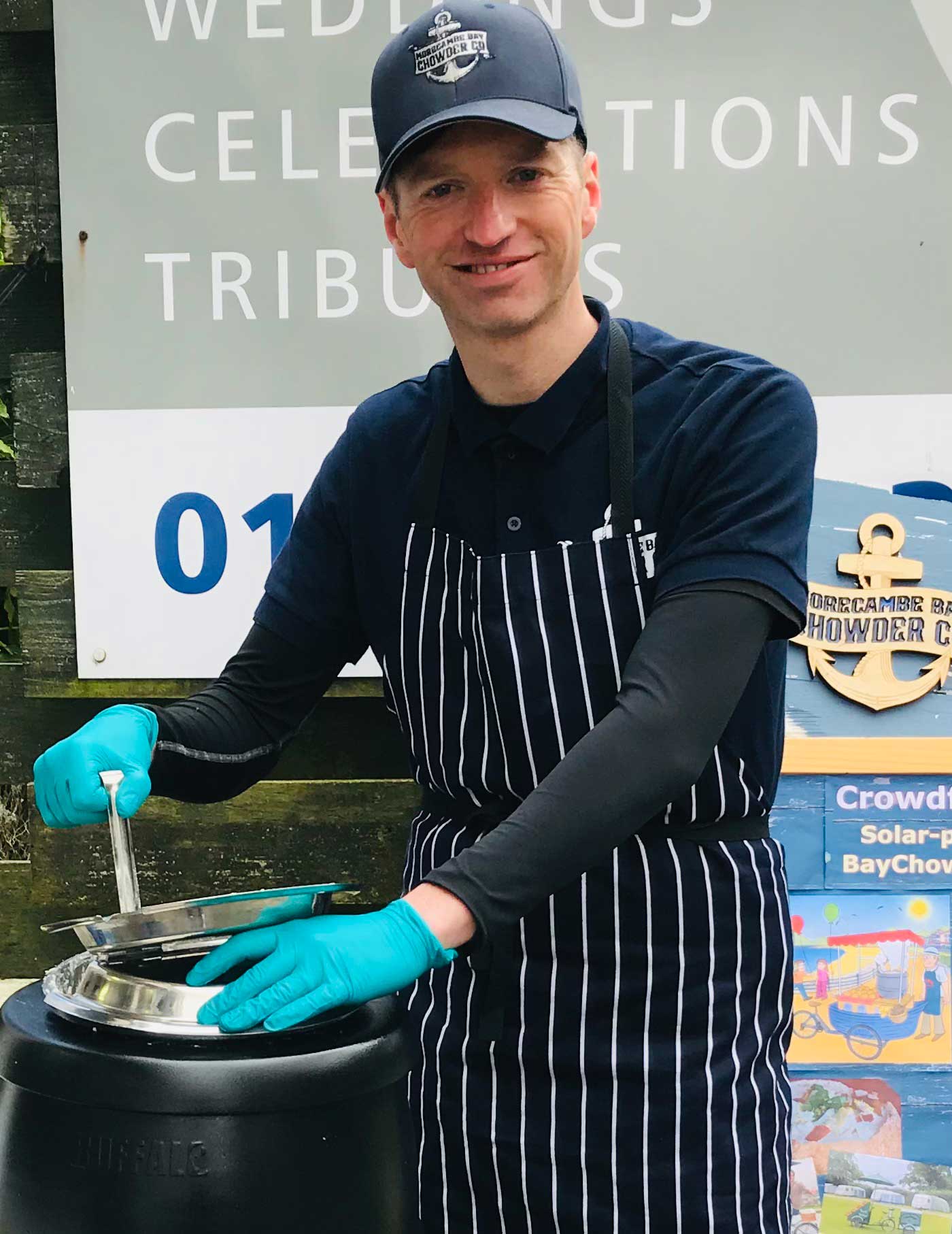 Pete has a keen interest and dedication to sustainability and renewable energy and is working towards using a specially adapted bike to use for the business.  This will hold chowder kettles and be solar-powered using specially fitted panels.  This brilliant zero CO₂ idea was the successful result of crowdfunding.

Pete has held trial events locally in Heysham and Morecambe and plans to regularly trade in various locations in the Morecambe area.  He is also in the process of setting up a collection point in Bare.

We asked him why he started this business and he explained that he has always been passionate about cooking and local food.  Pete said that he has enjoyed eating locally but saw that there was perhaps a gap in the market for something outdoors.  He told me that he has a cousin in North America who is a seafood chef and specialises in using local produce to create new and exciting recipes.  This inspired him to create BayChowder – a recipe he has been perfecting for a couple of years.

Being open to developing new skills, being able to prioritise and having a wide skill base were all difficulties that he needed to overcome when starting and running his business.  Pete loves the cooking and has really enjoyed the trial runs and experimenting, he also said that hearing positive feedback from his customers is one of the most enjoyable things!  In fact, he went on to say that listening to customer feedback would be one of the key things he’d suggest that potential business owners always did!

We asked Pete what kind of support he had received.  He said that the support he has from his wife and family is brilliant and that his mum had previously been a business specialist for a well known bank.  In addition, he has support from Weronika, an intern from Lancaster University who specialises in market research and marketing.  Local businesses have been supportive and provided hints and tips and he is now able to access support from the local Chamber of Commerce – having won a competition for a years membership free of charge!

Pete also has over 800 email subscribers who he keeps updated with his news and who have provided him with some really good advice, feedback and encouragement.

If you are interested in our project, please get in touch! 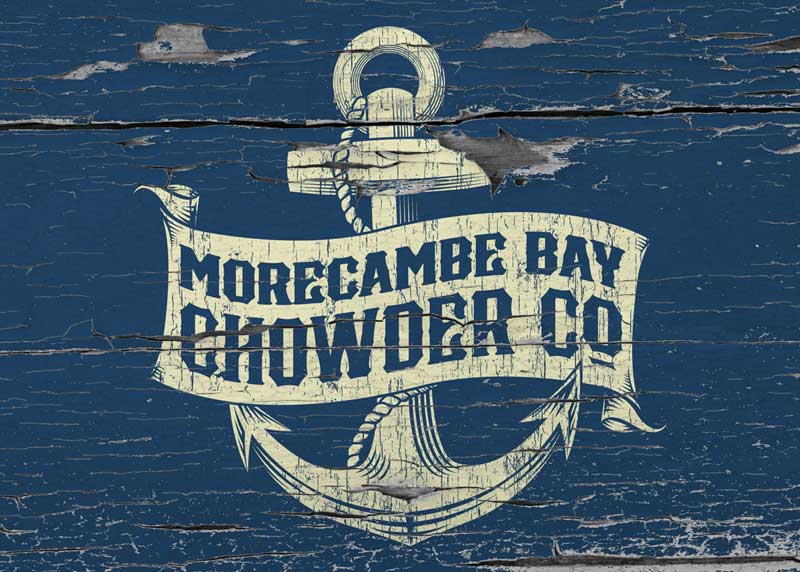 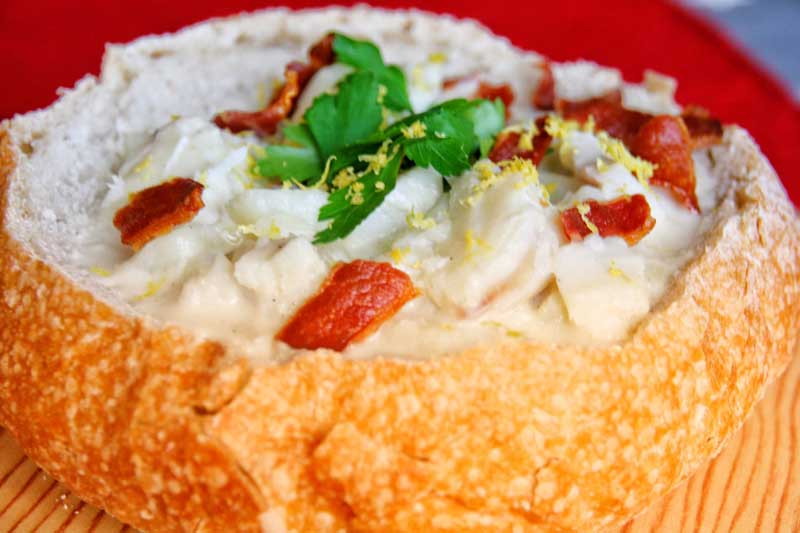 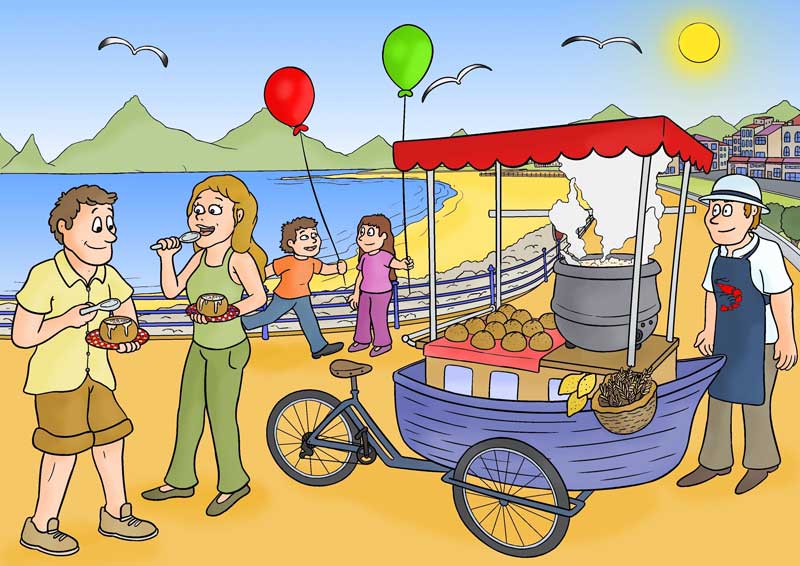